Social networking platforms like Instagram and Snapchat are a huge part of our lives. When used in a healthy way, social media links us to a global community, invites us to explore different worldviews, and encourages us to express ourselves — all with the tap of a finger. But it also comes with surprising risks.

Unhealthy social media use can jeopardize your mental and physical well-being and even threaten your college future. If you’re like most people, you might not suspect how many of these damaging practices are part of your everyday life. Here’s how to unfriend negative social media habits before you get to college. 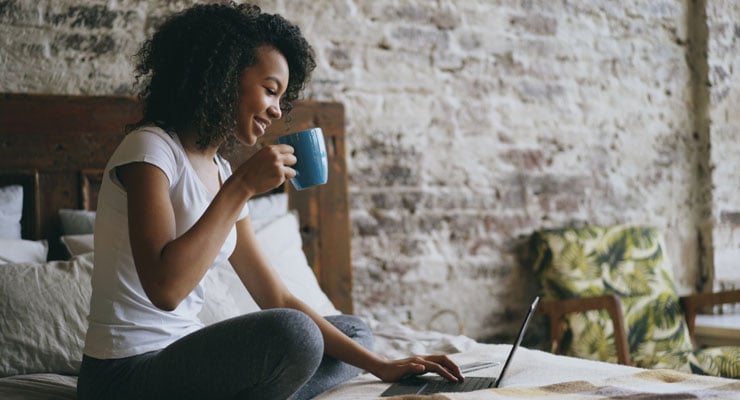 Are You Spending Hours a Day on Social Media?

One hour and 56 minutes is the time the average user spends on social media each day, according to the influencer marketing agency Mediakix. That amounts to more than 5 years on social media over the course of your life — the same amount of time, the study notes, for you to make 32 ascents of Mount Everest or take 93,000 walks with your dog. (It’s possible dogs conducted this study.)

You could argue that spending an afternoon on social media is reasonable. You have no plans to climb Mount Everest. You own a cat who prefers knocking things over to taking 93,000 walks. If you enjoy hearting photos on Instagram, why is it inferior to any other activity?

The problem is that heavy social media use has been linked to depression. According to a recent study, college students who “meet the criteria for major depressive disorder tend to use social media more often.” Greater social media use also corresponds to a greater likelihood of mental health disorders in adolescents, particularly for girls.

Be aware of the mental health risks associated with social platforms and try to cut back on your daily dose. There’s an app to track your usage.

Once you know your daily intake, set realistic limits. A 2018 study found that college students who kept their social media use to 30 minutes a day (10 minutes each for Facebook, Instagram, and Snapchat) felt less depressed and less lonely. If half an hour seems too restrictive, aim for no more than an hour on social media per day, cutting yourself off with an app.

Why you should break this habit before college: College students face a higher-than-average risk for mental health disorders. A 2018 report showed that in the past year, more than 60 percent of college students had “felt overwhelming anxiety,” more than 68 percent had “felt very sad,” and more than 40 percent had “felt so depressed that it was difficult to function.” Learn how to care for your mental health now, starting with savvy social media use. You’ll be better prepared for the stressors of freshman year.

Are You Checking Social Media During Face-to-Face Conversations?

You just listened to your friend brag about how he’s going to climb Mount Everest. Now it’s your turn to share the amazing trick your cat learned (she can sit on command!) when you suddenly realize your friend is scrolling through Twitter. Is he even paying attention?

We all know how hurtful it feels when someone swaps a screen for your story. It’s easy to say, “Don’t be that person.” It’s much harder to resist the hypnotic pull of our phones. In fact, researchers found that the presence of a phone — whether you’re checking it or not —hobbles conversations. Here’s a snapshot of the study, as reported by the BBC:

“Researchers … tasked 34 pairs of strangers with having a 10-minute conversation about an interesting event that had happened to them recently. Each pair sat in private booths, and half had a mobile phone on the top of their table.

Those with a phone in eyeshot were less positive when recalling their interaction afterwards, had less meaningful conversations and reported feeling less close to their partner than the others, who had a notebook on top of the table instead.”

Social media clamors for our attention. If you have 500 friends on Facebook, it can be harder to focus on the one in front of you. Try these tips for more meaningful interactions:

Why you should break this habit before college: Eliminating distractions is key to college success. If you can train your brain to disconnect, you’ll be more likely to pay attention in lectures and face-to-face chats with your professors. Plus, college offers you the chance to forge lasting friendships. Don’t let social media limit your ability to connect.

Are You Bringing Your Phone to Bed?

If you fall asleep to the gentle scroll of Instagram and wake to the ping of Snapchat, you’re not alone. In an article for The Atlantic, psychology professor Jean Twenge described the sleep habits of her students: “Their phone was the last thing they saw before they went to sleep and the first thing they saw when they woke up.”

It may feel comforting to rest near a source of instant connection. In reality, that pre-bed Twitter scroll can cause a restless night. If you are an adolescent who uses social media daily, you are “19 percent more likely to be sleep deprived,” Twenge said.

Your phone’s blue light prevents your body from secreting melatonin, a hormone that helps you sleep. Experts recommend shutting off electronic devices at least two hours before bed. These no-phone techniques can help you get better rest:

Why you should break this habit before college: Getting enough sleep is crucial for success in school: “More than 80 percent of college students say loss of sleep negatively affects their academic performance.” Don’t let your phone interrupt those precious eight hours a night.

Are You Comparing Yourself to Others?

Social media gives us a glimpse into the lives of friends and strangers. Of course, these glimpses are carefully curated.

You don’t see your friend crying in the bathroom, but you do see the party she attended — the one you didn’t get invited to. In response to your friend’s party pic, you post a photo of your squad preparing for a climb up Mount Everest. This causes your classmate to feel lame (all he’s been doing is teaching his cat how to sit), so he posts a photo of his brand-new car … and so on.

The “envy spiral” is real: People feel envious, so they start “embellishing their Facebook profiles, which, in turn, provokes envy among other users,” according to a research study conducted in Germany.

The result? You think your life is worse than everyone else’s. Here’s how to break the spiral:

Why you should break this habit before college: It’s common for new college students to think everyone else has “more close friends” and “more exciting social lives,” according to a Harvard report. Start recognizing this as a misconception now, and you’ll avoid that freshman FOMO later.

Imagine this. You’ve been accepted into Harvard — only to have your acceptance revoked because of what you’ve been up to on social media. In 2017, that actually happened to 10 students who posted offensive memes in a private chat group. The case was proof: Colleges care about your social media. And nothing online is private.

Maybe you aren’t like those Harvard applicants. You’d never share the hurtful memes they posted. But it’s likely that you’ve already stumbled across similarly hateful posts online: According to an article in The Washington Post, “two-­thirds (of teens) say they often or sometimes come across racist, sexist, homophobic or religious-­based hate content in social media.” Your response to this content is crucial. Make sure you don’t “like” or share hate speech and consider unfollowing the friend who posted it initially. Remember that hateful posts hurt people, even if they’re disguised as jokes. Colleges take it seriously, and so should you.

Unacceptable content goes beyond inappropriate memes. You should also avoid posts that include:

Why you should break this habit before college: Your social presence is a story you’re telling about yourself. You never know who’s reading it — even college admissions officers.

How to Use Social Media to Your Advantage

Despite the risks associated with social media, you don’t need to delete your accounts (unless, like these counter-culture teens, you want to). When used wisely, social media can be a launching pad for your college and career. Use it to:

If you find you have trouble breaking your bad social media habits, reach out to a school guidance counselor, a parent, or a teacher for advice. Current students at USF can always contact one of our Health and Wellness centers for support. 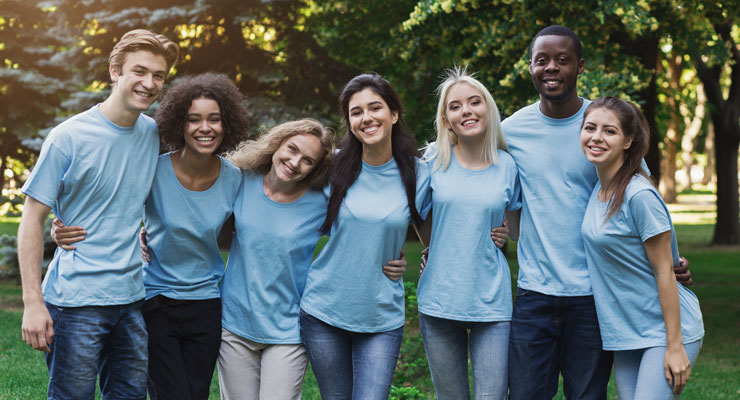 How to Use Your Summer to Explore Careers 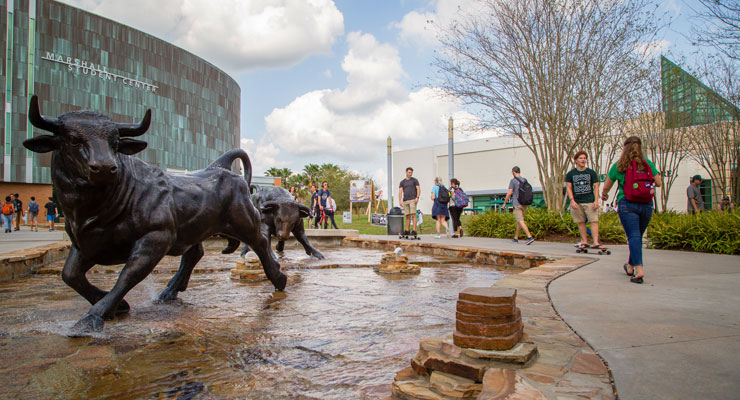 5 Things That Surprised Me About College